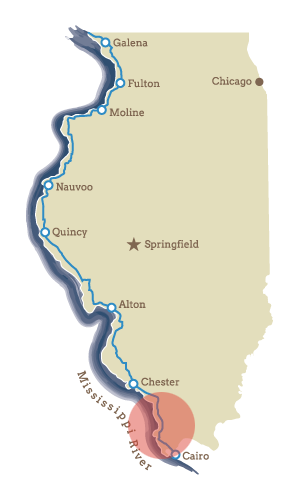 Designated in 1864, Mound City is one of the country’s oldest national cemeteries. It contains the graves of more than 8,000 soldiers, more than half served during the Civil War. Located at the confluence of major rivers, Mound City was a strategic location during the Civil War for the Union Navy’s Mississippi Squadron and for a Union hospital complex. The Illinois State Monument, honoring all soldiers and sailors who died during the Civil War, was completed in 1875 and is situated at the center of the old cemetery. Notable burials include Russian born Union Brigadier General John Turchin, who immigrated to the United States in 1856 and joined the 19th Illinois Volunteers in 1861.