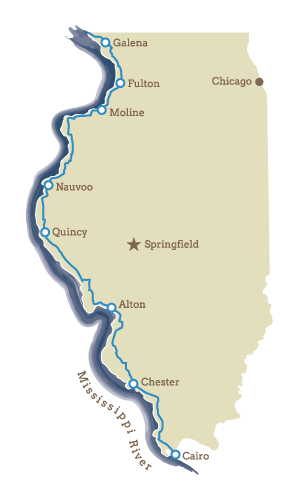 Visit one of Illinois’ six Tourist Information Centers for friendly, one-on-one assistance on amazing things to see and do in Illinois. Located conveniently along interstates throughout the state, the TICs are staffed with nationally certified travel counselors who are ready to welcome you to Illinois, help you plan your route, provide information on points of interest and events, make hotel reservations, and even help you discover somewhere new to visit on your travels.

The Tourist Information Centers are stocked with free Enjoy Illinois guides, road maps, state park guides, and additional local and regional brochures on destinations throughout Illinois to help you plan your next trip. The TICs are open Thursday-Monday from 9am-5pm from April to October and from 8:30am-4:30pm from October to April.

Visit an Illinois TIC during one of the special events we celebrate each year.

If you are interested in having your brochure available to travelers in the Illinois Tourist Information Centers, please read the brochure policy guidelines for instructions on the approval process. 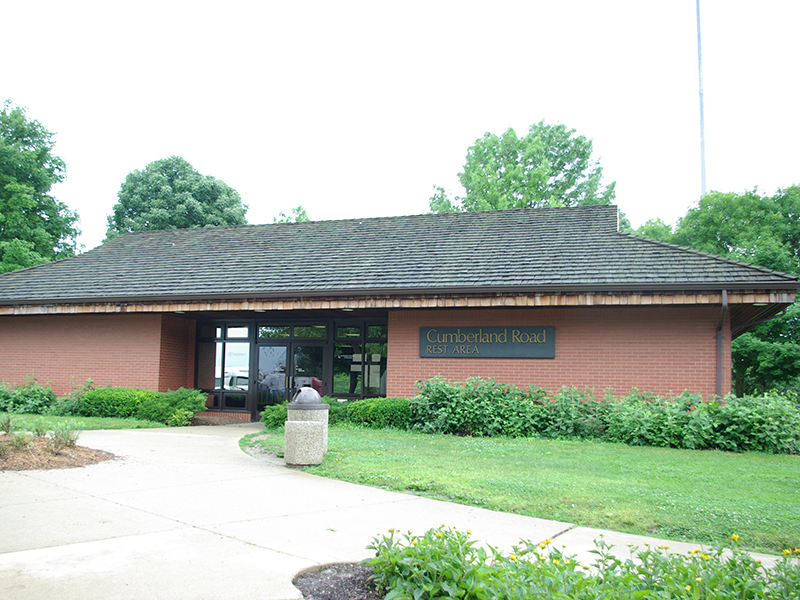 HISTORY
In the early 1800's, settlers moving west of the Ohio River wanted to expand the territory and expressed the need for a better road from the eastern part of the United States. Starting in 1827, the first national highway was constructed from Cumberland, Maryland to Vandalia, Illinois. Later designated as U.S. 40, this highway was also known as the National Road, National Pike, and Cumberland Road. The influence of the Cumberland name extends as far west as Cumberland County, Illinois, which is located 25 miles from U.S. 40, which runs parallel to I-70. 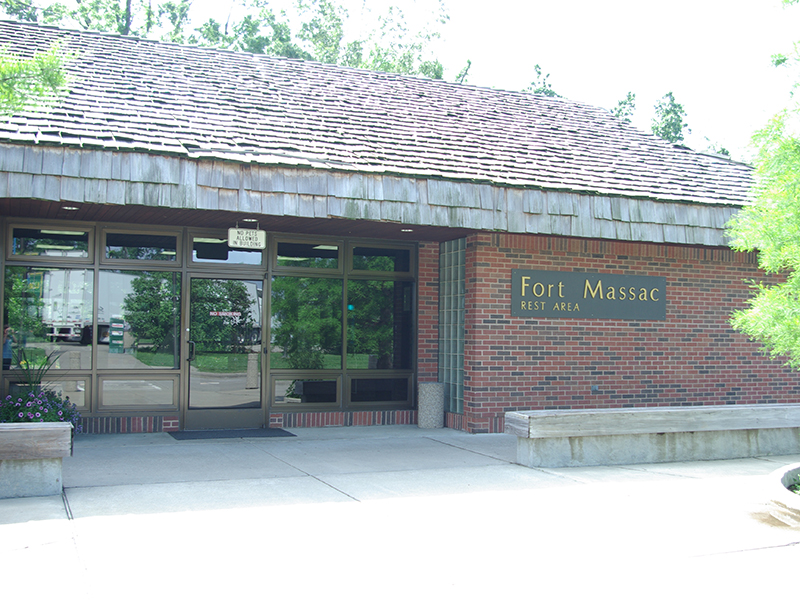 HISTORY
Fort Massac Tourist Information Center is named after Fort Massac State Park. In 1757, French soldiers built a wooden fort at the southern tip of Illinois bordering the Ohio River. This wooden fort would later be called Fort Massac, named after the French minister of Colonial Affairs, M. de Massiac. Fort Massac was added to the National Register of Historic Places, and in 1908 the fort was dedicated as Illinois' First State Park. Fort Massac Tourist Information Center is located at the entrance of Shawnee National Forest and along the Ohio River Scenic Byway. 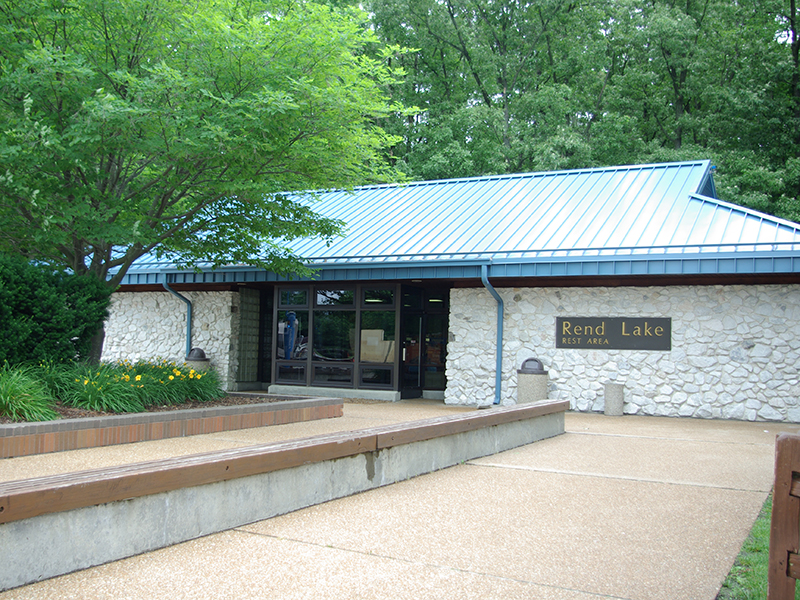 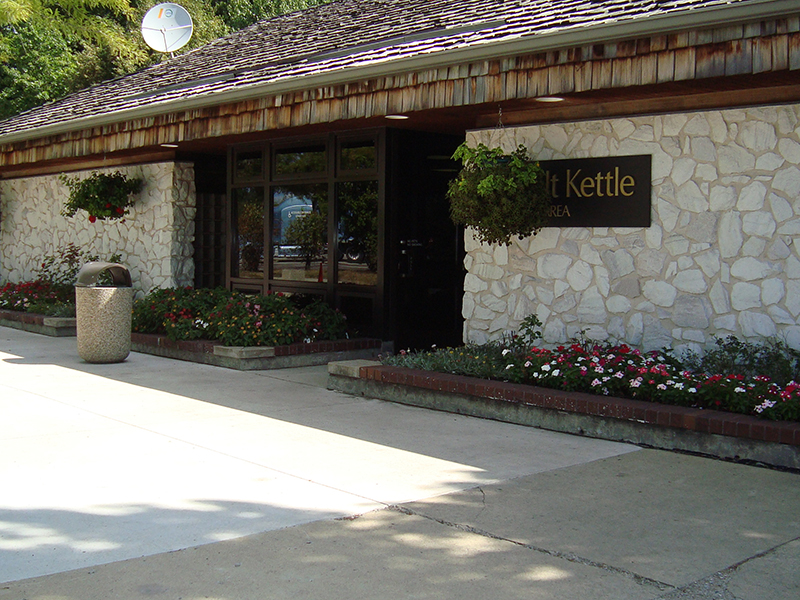 HISTORY
The Salt Kettle Tourist Information Center was named after the iron kettle, which was a monument on route 150 until the rest area was built. In the early 1800’s, iron kettles were used for the commercial production of salt at the old salt works, known as the Vermilion Salines. Salt springs were found by the Kickapoo and Piankeshaw Native Americans. Later, settlers dug wells 50 feet deep and the salt water was boiled in large iron kettles which produced one bushel per 100 gallons of water. In a good week between 60 and 80 bushels of salt were produced. The kettle became a symbol of progress. The official shield of Vermilion County displays a silhouette of a salt kettle and the motto “ye are the salt of the earth.” The salt works became the area’s first industry. 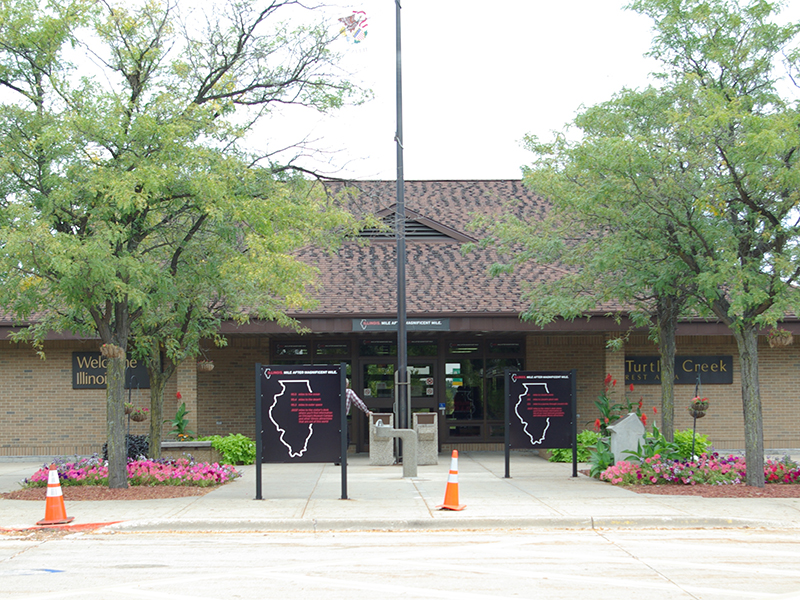 HISTORY
Turtle Creek joins the Rock River about 2.5 miles northwest of the Turtle Creek Tourist Information Center and was a major Native American use area from the time of the prehistoric mound builders to the 19th century Winnebago Native Americans. Other tribes using the area throughout history include the Sac (Sauk), Fox, Ottawa, Menominee, Pottawatomie, and Chippewa. As late as 1865, Native Americans returned from their relocation land west of the Mississippi River to visit their ancestral home on the Turtle Creek. The origin of the name Turtle Creek possibly came from an effigy mound in the shape of a turtle that was once on the Beloit College Campus overlooking the Rock River. The mound was 75 feet long, 30 feet wide, and less than 2 feet in height.